The attraction named ‘Mắt Bay’ (Translated means ‘Flying Eyes’) consists of two custom-designed flying airship rides that combine different ride elements to create a variation of their popular Cobra Dark Ride. Within each show area, the open platform simulators themed as airships are mounted on dynamic motion bases, mirroring the action projected on 180-degree screens, immersing guests in the story unfolding in front of their eyes.

The ride design is representative of Simworx’s Cobra Dark Ride, with its 3-DOF motion base mounted on a track system that allows guests to board the ride in a loading bay before travelling along a short track into the main show area, where the action will ensue. The ride design also incorporates stepped rows of seating to ensure guests’ views aren’t disrupted. With a capacity of 40 guests at a time, the attraction will boast a throughput of 400 visitors per hour.

The ride takes guests on an adventure far and wide in their trusty airship, where after an elaborate pre-boarding sequence, setting the scene, they’re whisked off into the clouds on a journey around the globe, from grazing the top of the Eiffel Tower to soaring over vast landscapes, guests will be in awe at the incredible scenery while special in-theatre effects bring the sights to life with wind and aroma.

Simworx previously installed one of their Stargazer Motion Theatres at the Theme Park back in 2012. Branded as ‘4D Future Race’ the 4D experience lets guests feel the thrills of flying in an F1 air race whilst their senses are sent into overdrive by the in-theatre wind, steam and smoke effects.

The highly anticipated attraction opened to the public on April 30th, as one of the attractions in part of the new ‘Kingdom of the Moon’ addition to the park. 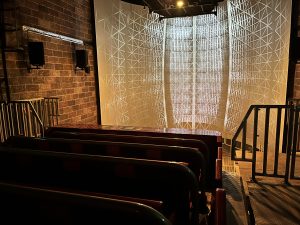 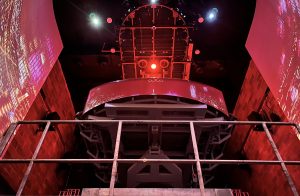 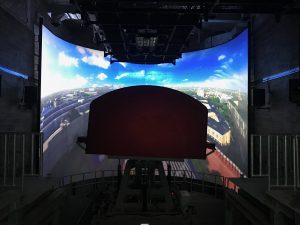 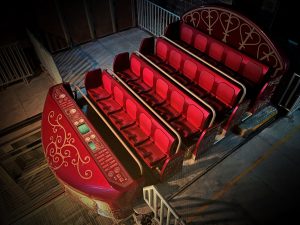 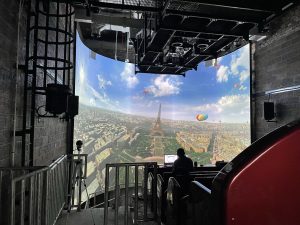